As I’ve written before, David Rudkin‘s epic radio-play Cries from Casement as his Bones are brought to Dublin was an inspiration for me when I started to research Casement and the politics of his afterlife.  Made by the BBC in 1972 and using its experimental sound design expertise, I had asked Alma to use the play as a source of material for our sound design in The Casement Project.  While I’d imagined a large role for it initially, its significance diminished as Alma’s composition took on its own life.  Nonetheless there are traces of the radio play in the sound design for Butterflies and Bones and for I’m Roger Casement,  in particular the litany of the executed that accompanies Philip’s solo and the subsequent circle of turbulent running. 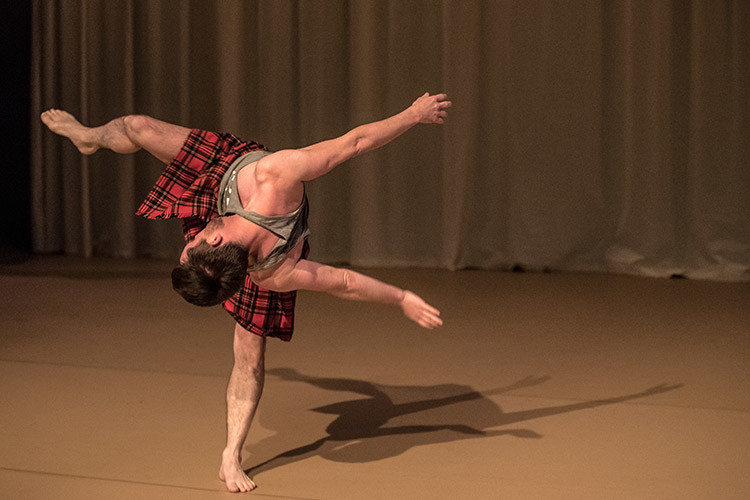 It was a surprising set of connections that made it possible for me hear the radio play in the first place and to get permission from David Rudkin and the BBC to use it.  Reading the play script, which is available online, I saw that John Tusa, whom I knew at the time as Chair of the Clore Leadership Programme, was listed in the cast, playing himself as a World at One Commentator.  So I asked John if he could point me in the direction of where I could find the recording in the BBC’s archives.  He put me in touch with the play’s producer John Tydeman who discovered that the recording was in the archives but not accessible at the moment.  But he put me in touch with David Rudkin who kindly sent me tape recordings he’d made of the original broadcast.  It was these crackly analogue recordings that I listened to originally, mindful that they were a copy of a copy of a play about a man reimagined artistically and politically many times in the one hundred years since his death, if not already before it.

A year and a half later, I’ve been trying to track down the actor who voiced the roll call of death.  The script is no help since it lists all of the actors without allocating their roles.  David Rudkin couldn’t recall either which of the actors it might have been.  But I remembered that the script from the recording was in Rudkin’s archive at the British Library and I hoped it might have some clues about who voiced which part.  Having secured permission to see the script in the Manuscripts Reading Room, I discovered that Rudkin indeed provided detailed notes about the many parts played by each actor.  Except that the part of ‘He’ that voices the role call of the executed wasn’t assigned to anyone.  A little more sleuthing in his notes however led me to the realisation that ‘He’ was in fact the World at One Commentator – John Tusa, chosen by Rudkin, (along with ‘She’,  the female World at One Commentator, Meryl O’Keefe)  to be a familiar voice of 197o’s BBC officialdom.  He’d specifically asked for the anchors of World at One and I wonder if it’s the authenticity of their voices – they’re not actors playing parts – that drew us to having what I now know is JT’s voice in our sound design.