It was very nice to have I’m Roger Casement included in the long-list for the Film and TV Award in The Galas. The Galas honour LGBT+ people and organisations for their contributions to Irish society. We were included in a list alongside COCO Television’s brilliant documentary about the Marriage Equality campaign, The 34th. COCO’s Vanessa Gildea and Linda Cullen produced I’m Roger Casement too. 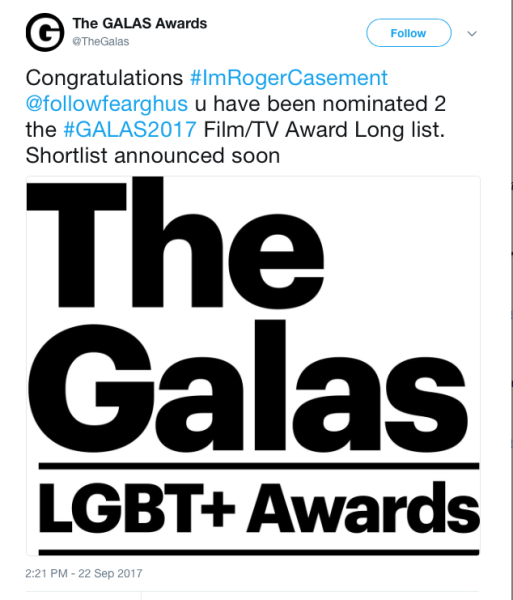