Engagement is showing people things, talking to them and listening to how they respond. It is offering people experiences to surprise, challenge and delight them, as well as being open to being surprised, challenged and delighted by the encounter. It is creating the conditions where movement can happen, at physical, emotional, social and political levels. 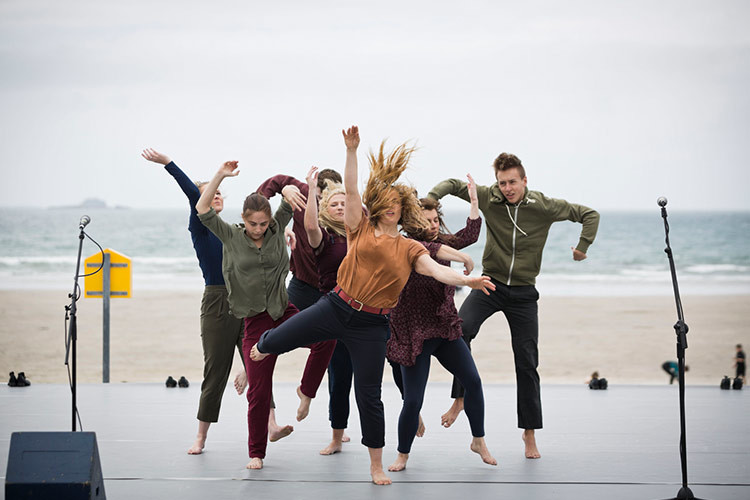 As part of The Casement Project, Fearghus and the performers danced with LGBTI refugees and asylum seekers who are supported by Micro Rainbow International in London.

In Dublin, The Casement Project supported the work of Change of Address, a collective of artists (Moira Brady Averill, Oonagh Murphy and Maeve Stone) seeking to increase the visibility of refugees and asylum seekers in Irish society through inclusive, creative connections and events.

For Tocht Festival of Dance in April, Fearghus brought the audience behind the scenes of The Casement Project, whilst it was being created in Ireland and the UK. This work-in-progress presentation included live performance, video and an opportunity for questions and conversation about this ambitious project.

As part of Féile Fáilte, Fearghus worked with Kerry Council Council Arts Office and Siamsa Tíre to commission choreographer Catherine Young, to develop a participatory project for a group of dance enthusiasts and a performance – Welcoming The Stranger – shared on Banna Strand at Féile Fáilte on 23 July.

100 years to the week since Casement was executed (on August 3 1916), The Casement Project and Kilkenny Arts Festival presented two events to mark this event: firstly, A Wake for Roger Casement on Friday August 5, a club night with a twist to wake this rebel, human rights pioneer and gay icon in a fusion of dance music, word and song. Featuring Olwen Fouéré, Mangina Jones, Una Mullally and Fearghus Ó Conchúir (11.30pm until late).

Secondly, Body of Evidence, where historian Roy Foster, curator Barbara Dawson and choreographer Fearghus Ó Conchúir reflected on Casement’s extraordinary life and legacy in the company in the company of journalist Fintan O’Toole.

In general, Fearghus opened his rehearsal process to anyone who was interested in seeing the creation unfold. Fearghus continued this opening of the rehearsal process for The Casement Project, with open studio events taking place in London and Dublin.